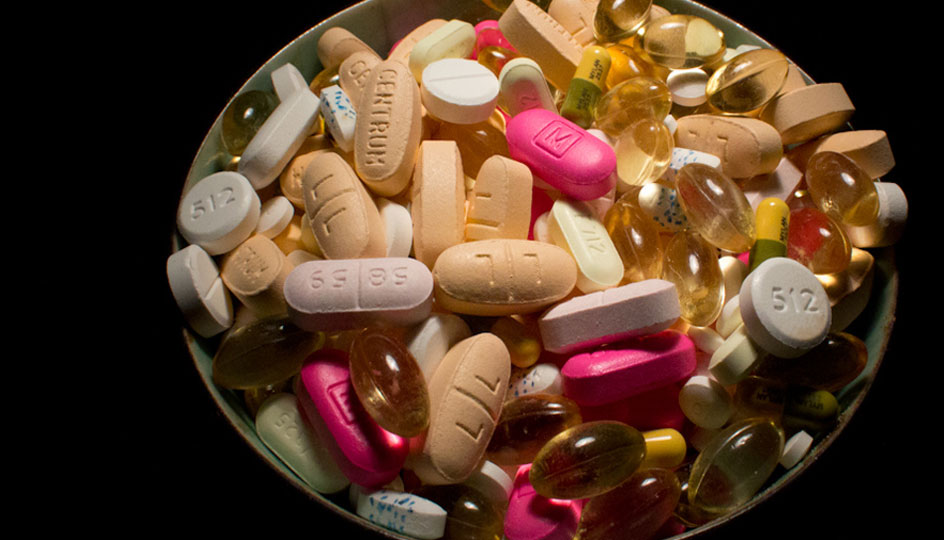 Multivitamin supplements–complex formulations of several vitamins and a wider array of minerals and other nutrients–may not always convey the whole truth on their labels. The obvious (and most common) culprit: claiming an amount not representative of the actual additions made. There is a less obvious, yet efficacy-important consideration that is often left unchecked: do the nutrients in multivitamin/mineral supplements interact in any way that could damage (or maybe enhance) their efficacy in the body? The premise of this argument is that 1) nutrients must be absorbed into the bloodstream (and delivered to their target organs) to show health benefit and that 2) nutrient-nutrient interactions may affect absorptive capacity.

Several factors are known to influence nutrient absorption, including (but not limited to):

These two conditions provide optimal absorptive environments for different nutrients. While these factors are beyond the scope of this review, we provide a general overview of some of the known interaction between popular multivitamin ingredients – and how absorption and overall efficacy may be influenced. This is not meant to be an exhaustive list, but a gentle reminder of the intricacies of multivitamin formulations.

Iron exists in two distinct dietary forms: heme and non-heme. Heme-iron comes from hemoglobin, the iron-containing protein inside red-blood cells that has the unique ability to carry oxygen while non-heme iron comes from plants. Heme-iron, which is produced from animal-based foods, is absorbed “two to three times more effectively than iron from plants (i.e., non-heme iron),” according to the Center for Disease Control (CDC). The iron found in multivitamin formulations and in fortified foods almost exclusively comes from plants. To make matters worse, its absorptive ability can be influenced by other common ingredients found in multivitamin supplements.

Copper and zinc are chemically similar to iron. Since absorption is a process dictated entirely by chemistry (charge, molecular shape, etc.), copper, zinc, and iron all share similar absorption mechanisms. What does this mean if, for example, you were to take all three at the same time?

Iron is shuttled into cells through a receptor (the divalent metal transporter, DMT-1) preferentially located on the cells of the duodenum, the initial section of the small intestine to which food is first exposed after digestion in the stomach. This receptor has been shown to be involved in the absorption of not only iron, but also copper and zinc – although with different affinities for each mineral. Studies have shown that it has the highest affinity for iron. So what does this mean on a nutritional level? If these nutrients were to be taken at the same time, its likely that some nutrients will be left out unabsorbed and, effectively, useless to the body. Imagine, for example, a large crowd trying to escape an auditorium with only two doors–and under a time constraint. The analogy: 1) those that are able to escape the auditorium are likened to absorbed nutrients and 2) the time constraint refers to nutrient’s tendency to be eliminated from the body instead of waiting to be absorbed. Those closest to the doors (highest affinity) are the ones to leave first, leaving no time for the rest of the crowd to leave.

It is suggested that supplemental iron (38-65 mg/day), but not dietary levels of iron, may decrease zinc absorption and substantially impact copper absorption. Similarly, competition studies have shown that high levels of zinc and copper may interfere with iron uptake. While some data suggests that zinc has no effect on copper absorption when given as a one-time mixture, clinical study has noted that taking large quantities of zinc (50 mg/day or more) for several weeks significantly impact copper bioavailability. It is thought that high zinc intake induces the production of a copper-binding protein, which “traps” the mineral and prevents its absorption.

Magnesium and manganese, two common minerals found in multivitamin supplements, also interact with iron. Magnesium may decrease non-heme iron absorption if the two nutrients are taken together. Manganese takes the short end of the stick here, as concomitant intake of both iron and magnesium is thought to negatively impact manganese absorption.

Calcium is suggested to decrease non-heme iron absorption when both are consumed at the same meal. This may only be a problem in those who are initially iron-deficient, suggests the National Institutes of Health (NIH). If you are iron-deficient or think you are at risk for deficiency, the NIH recommends to “minimize this interaction by separating your intake of calcium and iron.”

Iron & Vitamins C and A

We’ve seen how nutrients can interfere with absorption, but do any nutrients have the ability to enhance absorptive ability? Vitamin C, an antioxidant found in all of our tested multivitamins, is suggested to enhance non-heme iron absorption when both nutrients are eaten together, according to the CDC.

Vitamin A – beta-carotene, specifically – also appears to enhance iron absorption, according to the National Institutes of Health. It is suggested to move iron from its storage site to red blood cells, where it is used to build hemoglobin. However, studies suggest that vitamin A is unlikely to enhance iron absorption in those who have adequate levels of vitamin A; it is more likely to improve iron status in those with low levels of vitamin A.

We’ve seen mineral-mineral and the vitamin-mineral interactions, but what about vitamin-vitamin interactions? While all known interactions are beyond the scope of this review, we’ll take a closer look at the more common cases.

According to “An Evidence-Based Approach to Vitamins and Minerals,” vitamin A (in high doses) may reduce absorption of vitamin K. Nutrient interactions can vary in nature; that is, affecting absorption may not be the only way in which vitamins can influence the activity of other vitamins. As it turns out, vitamin E has a similar overall effect on vitamin K as does vitamin A, although not by inhibiting its absorption. Vitamin E achieves functional vitamin K deficiency by inhibiting the activity of vitamin-K dependent enzymes – effectively rendering vitamin K useless, even if it is absorbed.

Putting It All Together

We’ve encountered a few interactions here, but how do we make sense of the information? More importantly, how do we apply it to our diets? The takeaway here should be that nutrient-nutrient interactions may have an effect on what our body is able to absorb from multivitamins and that, perhaps, multivitamins should be better-formulated. More importantly, however, consumers should realize that multivitamins with a long list of ingredients aren’t always better and that, given a normal diet, many multivitamins ingredients may not be necessary. A better way: determine specific deficiencies, if they exist, and choose appropriate supplementation to reverse individual deficiencies. For example, if you were deficient in iron, you could follow some of these guidelines:

If you determine that you are deficient or at risk for deficiency for any particular nutrient, supplementation should be considered. It is always smart to consult your physician or health-care provider to determine your risk and for setting up an effective supplementing regimen. Multivitamin supplementation can be a tricky business, and many factors need to be considered to maximize effect.

For more information on nutrient-nutrient interactions, please see Higdon’s and Drake’s “An Evidence-based Approach to Vitamins and Minerals.”