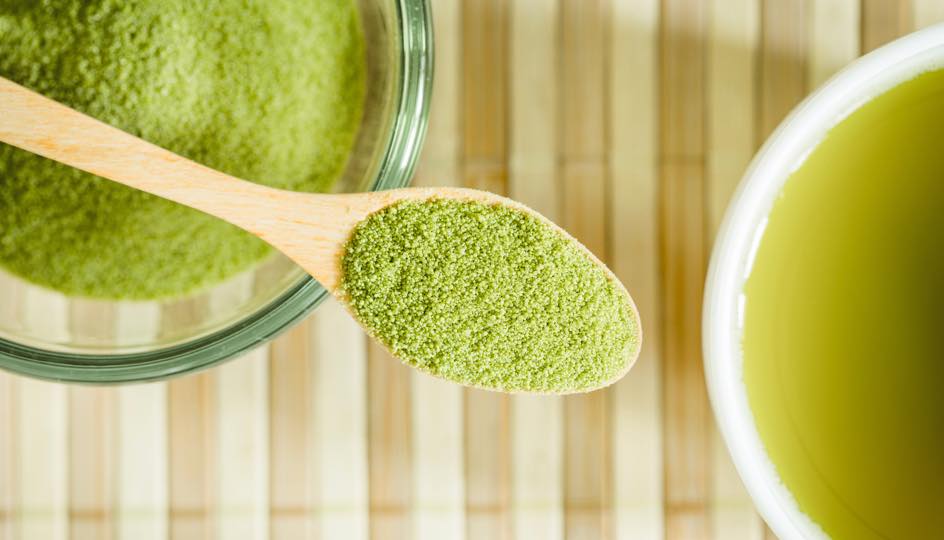 Green tea is one of those rare herbal products growing in consumer popularity mainly because scientific research has validated its health benefits. Indeed, a macrotrend in today’s dietary supplement market is veering towards prevention, self-care, and holistic approaches to wellness backed by credible claims. And with green tea linked in research to benefits like preventing diabetes, hyperlipidemia, cancer, and other chronic diseases, along with no notable evidence of severe adverse risks even at fairly high dosages (1600 mg of green tea catechins or about 6 – 7 cups of tea per day), the impetus for consuming green tea and its healthful components is strong.

So, in the spirit of harnessing and maximizing green tea’s benefits, consumers are asking on internet forum after forum: Which is better – green tea in supplement/capsule form or drinking brewed green tea? This article is an attempt to clarify this debate, drawing from sources of scientific objectivity whenever available.

As far as industry trends go, green tea supplements are gaining traction more quickly than traditional tealeaves, but the tea leaf industry still dominates in terms of market value. According to market analysis reports, the global market value for extracts of tea polyphenols, the active components of green tea concentrated in supplement capsules, was about $209.3 million in 2012 with a growth rate of 7.4%. North America accounted for 27% of this total market volume. In contrast, retail sales of bagged and loose teas of all types, with the exception of ready-to-drink teas, reached billions in 2013. In 2013’s US market alone, sales increased 5.9% to $1.75 billion. Green tea sales comprise about 20% of this estimate.

Popularity aside, the real answer to our question about which form of green tea is better lies in how each differs in its process of extracting green tea’s beneficial components. Green tea extract can contain the following compounds:

The main active ingredients in green tea include caffeine and caffeine-related stimulants, specific flavonols (which act as antioxidants), and the highly researched class of green tea catechins. Primary green tea catechins consist of epicatechin (EC), epicatechin gallate (ECG), epigallocatechin (EGC), and epigallocatechin gallate (EGCG). EGCG, the most potent in this group, is responsible for most of green tea’s antioxidant, anti-inflammatory, and anti-carcinogenic properties, and is often extracted and then concentrated in supplement capsules for this reason.

Note that some of green tea’s elements also come with risks. For example, the FDA cites 400 mg as the safe threshold for daily caffeine consumption. Above 400 mg, health risks include gastrointestinal upset, muscle tremors, and palpitations. Tea leaves also tend to accumulate aluminum from soil, and chronic high aluminum exposure (more than 20 mg per day for a 150 lb. person) has been found to cause Alzheimer’s disease. Though that’s a fair warning, research suggests that one cup of brewed black tea has a little less than 1 mg of aluminum and most of it is not absorbed by our bodies because it remains bound to L-theanine, another component found in tea.

Making green tea by brewing tea leaves is not a consistent activity for obvious reasons. Water temperature, time of steeping, amount of tea leaves, and brand of tea leaves all affect the tea’s final flavor and thus, the quantities of compounds present in the tea itself. But as far as research goes, there have been efforts to quantify the components of green tea extracted after steeping tea leaves in boiling water for 5 minutes. In one study, resulting brewed tea contained 87 – 106 mg of polyphenols per gram of green tea dry matter, of which 52 – 84 mg were catechins. Per gram of green tea dry matter, 11 – 20 mg of caffeine was also extracted. Keeping in mind that the tea extract is not filtered once brewed, the tea drink will also contain a mixture of other tea components listed above. Considering a proportion of 3 g of dry tea leaves per cup of green tea, the study proposed that an estimated 405 g of catechins could be consumed per day within 2 cups of green tea.

Many tea drinkers also add milk and/or lemon to their teas, and a common related question is whether they change the composition of the extract and the efficacy of tea catechins. In one study of white tea, the addition of lemon juice seems to enhance extraction of polyphenols from tea leaves. On the other hand, lemon juice has been shown to increase aluminum absorption in our bodies too. According to a study on green and black tea consumption with and without milk, milk did not affect catechin bioavailability or blood catechin levels after consumption.

As already hinted above, green tea supplements are often made with concentrated polyphenol or catechin extracts. Green tea leaves are pulverized and then subjected to organic solvents to isolate green tea polyphenols from the leaves. According to research observations, compared to boiling water, tea polyphenols are much more soluble in organic solvents – usually a mixture of ethanol and water – so more polyphenols are obtained per gram of dry tea. This process also tends to leave much, but not all, of the caffeine component behind. Then, ideally, the extract is purified to remove non-essential and harmful ingredients like aluminum and heavy metals, and occasionally, the product is decaffeinated. The most rigorous supplements are even standardized to ensure that the supplement itself contains a certain percentage of polyphenols in a specified amount of capsulized green tea extract.

Labdoor’s Green Tea Rankings show that not all supplements are made equal though. Many can come unstandardized, in proprietary undetailed blends, or as simply as ground tea leaves that have been placed in a capsule. The inaccuracy of supplement labels themselves presents a serious disadvantage when choosing the supplement route. In Labdoor’s recent analysis of 25 green tea supplements, measured caffeine content was anywhere from only 42.6% of the caffeine claimed on a label to 131.5% more than what the label stated, and almost all of the products with labeled primary catechin amounts measured less catechin content than claimed. One product was actually close to having only half of its label claim for primary catechins.

Nevertheless, primary green tea catechin content ranged from 27.9 – 484.9 mg per serving, perhaps comparable to the quantity you could obtain from a day’s worth of green tea. And at least one research study found that green tea polyphenols were more readily absorbed and resulted in higher antioxidant activity if they came in purified capsule form compared to as a drink.

Based on research findings alone, catechins in green tea supplements seem to have the same (if not, higher) efficacy compared to catechins in brewed green tea. It’s also possible to achieve functionally equivalent amounts of catechins from brewed and capsule sources in one day. However, advantages and disadvantages for both forms no doubt exist as issues like taste preferences, standardization of active ingredients, label accuracy, auxiliary ingredients, and concomitant tea components like caffeine come into play.