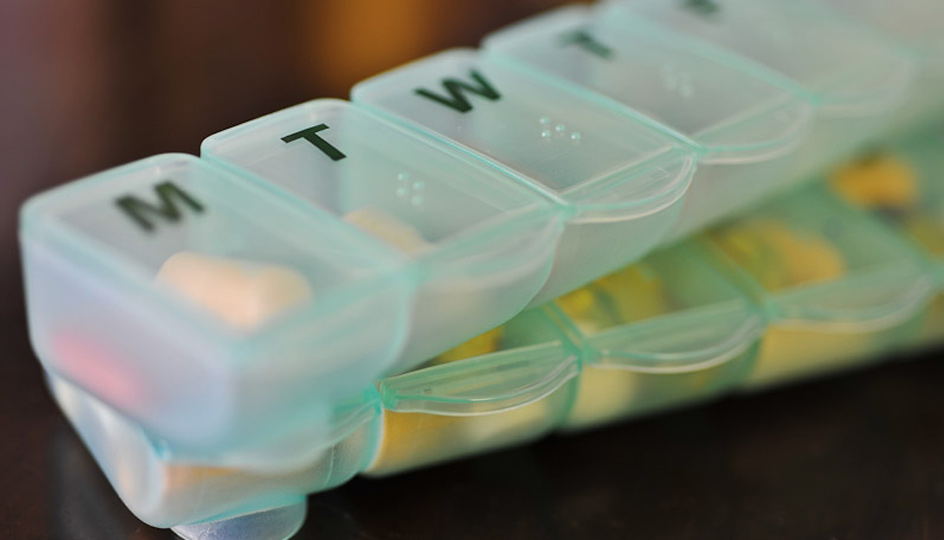 The breadth of available dietary supplements lining store shelves can overwhelm even the most enthusiastic of fitness folks with (often hyped-up) health claims. Important questions–such as those having to do with how or when to take your supplements to maximize nutritional benefit–are often neglected for the “if I take it, it’s good for me” mentality. Timing your supplements appropriately and being aware of possible interactions (with medications or other supplements) can not only help you optimize your supplement’s benefit but also avoid side effects.

In this article, we review the available evidence on how to time your supplemental intake for maximal efficacy, with special focus on multivitamins, minerals, fish oil, and probiotics. The image below summarizes our findings.

Multivitamin supplements will typically contain the fat-soluble vitamins A, D, E, and K as well as water-soluble vitamin C and those of the B-complex family. A vitamin’s solubility serves as an indicator of its absorption and accumulation tendencies, and becomes an especially important when considering multivitamin/mineral toxicity.

Related: Can you overdose on a multivitamin (Infographic)?

What is the significance of solubility? How does it impact absorption and a molecule’s tendency to remain the body? Fat-soluble vitamins have the ability to solubilize in dietary fat, which then acts as a carrier that shuttles them across the intestinal lining and into the general circulation (from where they are able to access all body tissues). The flip side: because they are able to solubilize in fats, they may gradually accumulate to dangerous levels in body fat. This becomes a particular concern during periods of weight-loss, when high levels of these vitamins may be released into circulation.

Conversely, water-soluble vitamins do not need dietary fat to be efficiently absorbed from the gastrointestinal tract into circulation. In fact, high fat content may even interfere with water-soluble absorption. These vitamins may cause mild gastrointestinal upset (nausea, sensitivity to acid) when taken on an empty stomach, and are also best taken with a meal***. Because B vitamins are essential components of metabolism (the process by which food calories are converted into energy the body can use), they may be best taken earlier in the day or before physical activity.

Take-away: Take multivitamin supplements with a meal during the day, but try to keep fat content at reasonable levels. The Institute of Medicine recommends that fat intake should fall between 20-35% of the daily calorie intake for otherwise healthy adults. Additionally, some studies suggest that vitamin D has a negative influence on sleep, so it may be best taken earlier in the day.

***Vitamin B-12 is the only known exception; it is absorbed more efficiently on an empty stomach.

Minerals are common additions to multivitamin supplements, but may also be sold as stand-alone products. In LabDoor’s analysis, calcium, magnesium, and zinc were the most popular mineral add-ons, present either alone or in combination with each other in at least 65 of the 75 tested supplements.

Calcium is thought to be more efficiently utilized by the body at night and acts as a natural muscle relaxant, promoting quality sleep. Research has linked low serum calcium levels to disturbed sleep patterns, including a lack of REM sleep. Magnesium is also suggested to have calming effects on the musculoskeletal and nervous systems. Because of their calming effects, they may be best taken in the evening and with food, which aids in their absorption.

Zinc is best taken 1 hour before or 2 hours after meals, according to the Mayo Clinic, but may lead to gastrointestinal distress if taken on an empty stomach (likely if meals were small). If stomach upset occurs, take zinc with a meal. Zinc also interacts negatively with several common minerals, namely calcium and iron. Zinc and calcium are suggested to compete for common absorption sites, and may negatively impact each other’s absorption if taken concomitantly. That is, try to avoid supplementing with zinc either during or shortly before/after dairy consumption. Iron has also been shown to reduce zinc’s absorptive capacity, though the effect is less severe than calcium’s. Studies have shown that high iron intake can negatively impact zinc absorption, but that this effect is often mitigated by consuming both minerals with a meal. For maximal efficacy, try to minimize concurrent intake of zinc and iron.

Iron may be a necessary supplement for many active individuals, especially women. Iron is best absorbed if taken on an empty stomach and should not be taken with compounds such as calcium, zinc, and vitamin E, which may interfere with proper absorption. However, taking iron without food has been linked to gastrointestinal problems in sensitive individuals, in which case the mineral may also be taken with a light meal. It is worth noting that iron can supplemented in a variety of forms, with some forms affording better absorption than others. If supplementing with food, iron in bisglycinate form (ferrous bisglycinate) has been suggested to allow for increased absorption in several clinical studies.

Take-away: Calcium and magnesium may best be taken in the evening with food or before nighttime sleep. Since zinc should not be taken with calcium and apart from iron, it is most useful if taken earlier in the day either slightly before/after food. Iron should ideally be taken on an empty stomach and separately from other multivitamin/multimineral combinations.

Probiotics are live microorganisms typically used to reestablish intestinal floral balance; in essence, “bad” bacteria growth is kept in check by the presence of adequate amounts of “good” bacteria. Extended use of antibiotics, immunosuppressive therapy, and/or irradiation are known to modify floral composition and lead to gastrointestinal and immunological symptoms, and are common reasons for probiotic supplementation.

The majority of probiotic’s beneficial effects require the microorganisms remain alive, although few benefits are also suggested to stem from dead bacteria. Studies have suggested that viable bacteria influence both the gastrointestinal microflora and the immune response while dead bacteria boost the anti-inflammatory response. Notwithstanding the possibility of dual benefit, gastrointestinal distress (the most common indication for probiotic supplementation) is alleviated by live microorganisms. Because of this, they are best taken at times when digestive enzymes, stomach acids, and bile salts are at their lowest levels. These factors spike in response to food, so probiotics are most useful if taken on an empty stomach before foods containing ingredients that buffer the stomach’s acidity–in an effort to minimize exposure to harsh digestive conditions. One study (which measured the viability of Lactobacillus, Bifidobacterium, and Saccharomyces probiotic bacteria before, during, and after a meal) noted that probiotic survivability was greatest when supplementing 30 minutes prior to a meal or beverage containing some fats, which are suggested to buffer the stomach’s acidity and aid in bacterial intestinal passage. Probiotic survival was worst when taken 30 minutes after food.

Timing proteolytic enzyme supplements, however, depends entirely on their intended use. They are often taken to help the body efficiently digest dietary protein, although clinical study has also noted anti-inflammatory benefit and a reduction in chronic pain associated with disease or intense physical activity. For relieving digestive upset, these supplements are often best taken with a meal. To maximize anti-inflammatory effects, enzymes require contact with the damaged tissue. Taking proteolytic enzymes without food is suggested to increase their absorption into the general circulation, from where they are able to access body tissues in need of repair and provide greatest pain relief.

Take-away: Probiotics are best taken on an empty stomach, ideally ~30 minutes prior to a meal containing some fat content. Similarly, take proteolytic enzymes at times when digestive processes are likely to be least active. Before bedtime, 2-3 hours after the final meal of the day, is recommended.

Fish Oil’s health benefits, primarily those in the cardiovascular sphere, have been widely studied and extensively documented. But when should they be taken to maximize their benefit? Generally, fat takes much longer to digest than do carbohydrates and protein. Carbohydrates empty from the stomach about 30 minutes to 2 hours post consumption while protein takes somewhat longer, 1.5 – 6 hours after ingestion. Fat is the slowest macronutrient in its digestive speed: only 10g can be processed by the digestive tract each hour.

For this reason, fatty acid supplements should never be taken prior to physical activity (they have been linked to gastrointestinal distress and indigestion when taken immediately prior to physical exercise). Instead, fish oil may best consumed alongside other fat-soluble vitamins (such as those found in multivitamin supplements) and with a meal, whose fat content aids in nutrient absorption.

While timing is often a neglected issue in the world of supplementation, it may often result in better efficacy, more pronounced health effects, and the satisfaction of money well spent (which may play a role in continuing healthy habits). As a general rule, supplements should be washed down with water but never taken with hot drinks, such as coffee and tea. The caffeine/tannin content in these drinks may interfere with nutrient absorption and accelerate mineral loss. In the case of probiotics, supplementing with fluids containing some fats (such as milk 1% milk fat) is suggested to improve bacterial survivability. Furthermore, hot beverages may kill viable bacteria.

*Zinc should ideally be taken 1 hour before or 2 hours after a meal, according to the Mayo Clinic. If gastrointestinal symptoms present on an empty stomach, it may be taken with a meal.

**Iron may also be taken with food (particularly if it causes gastrointestinal distress on an empty stomach). If taking iron with food, its bisglycinate form is recommended for adequate absorption.